RESPECT AND FRUSTRATION AS CELEBRITIES REACT TO LAFAYETTE SHOOTING

In the past 48 hours, rap artist, Nicki Minaj has managed to piss off fellow musician, Taylor Swift and simultaneously make an ass out of herself.

This all started with a tweet initiated by Minaj which sparked Swift to respond and Katy Perry to jump in.

Now, these back and forth tweets made international headlines and ironically put Minaj, Swift and Perry (VMA nom’s this season) into a drama filled feud that will ultimately culminate at the VMA awards.  We refuse to mention when the VMA awards are just to make a point.

Now, ITM can’t help but wonder was this whole “twitter feud” a hoax?

Did Minaj and friends just pull some elaborate PR stunt to create industry drama between nominees in a desperate attempt to get fans to tune into the upcoming VMA’s?

Either way we realize MTV wins and the VMA’s are getting some pre-drama promotion to help get viewers to tune in.  Yet, in an effort to help fans decide for themselves, ITM broke down the Twitter war play by play below…

Nicki Minaj publicly reacted to the nominations and tweeted, “If your video celebrates women with very slim bodies, you will be nominated for a vid of the year.”

VOTY nominee, Swift responded and tweeted, “I’ve done nothing but love & support you. It’s unlike you to pit women against each other. Maybe one of the men took your slot..” 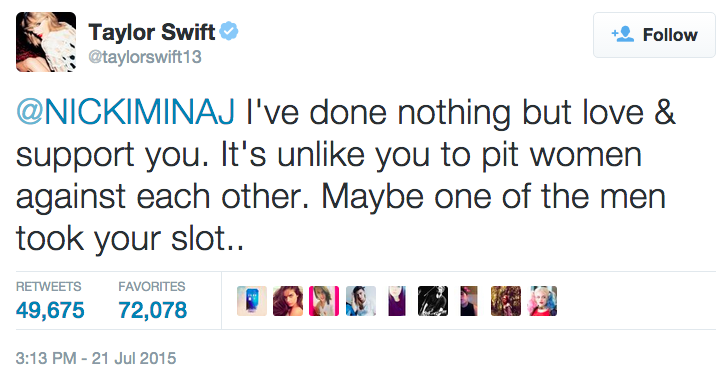 Then along came Katy Perry, who roared defending Nicki

As you can read, Swift initially took Minaj’s tweet personally.  Minaj denied the tweet made any reference to Swift.  Katie Perry, who publically doesn’t get along with Swift, jumped into the ring and tweeted in support of Minaj.

Bottom line, Swift took the high road and apologized to Minaj for assuming the tweet was referring to her nominated video, “Bad Blood.”

Yet, ITM still believes Minaj was referring to Swift.  We broke down all the nominated videos.  The only video that has “slim bodies” is clearly Swift.  Seems Minaj was blatantly calling out Taylor Swift.  See for yourself.

Below is a list of the music videos that were nominated for “Video of the Year” for the 2015 VMAs:

Fact is, Nicki Minaj has no reason to hate on anyone.  The rapper was nominated for “Best Female Video” and “Best Hip Hop” video:  Nicki Minaj – Anaconda  Aren’t those nominations just as worthy?

Not only did Nicki receive other industry nom’s but, the rapper’s tweet is seriously hypocritical.

Nicki’s nominated video exploit women.  Guuuuurrrrrrl…you should feel super lucky that you received any VMA nominations.  Let’s be real, the Anaconda track isn’t even an original tune!  You Miss Minaj, have Sir Mix-a-Lot to thank for this one.

Sir Mix-a-Lot – Baby Got Back

Yet, Minaj (more hypocritical) has made a career out of exploiting woman.

What is the difference between thin or thick?  Half naked women twerking in your videos is no different.

Not to mention, Ms. Nicki you were once (slim bodied) yourself. 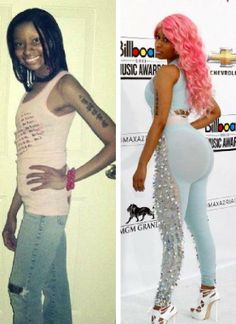 In September 2014, Nicki’s butt implant took a wrong turn and revealed her bootylicious butt is anything butt au natural. 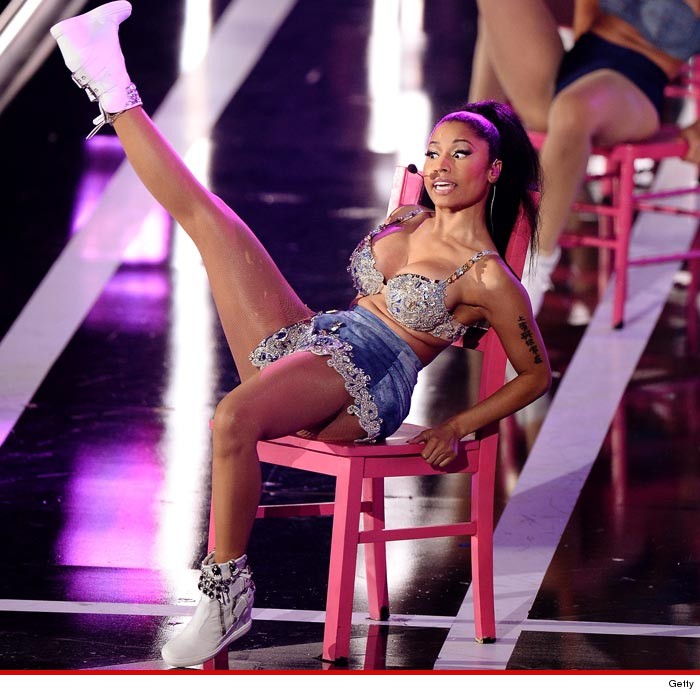 Whether or not Minaj is being hypocritical, jealous or just plain outta her mind we can admit this twitter feud is quite entertaining and super successful.  Enjoy the spotlight while you have it Ms. Minaj.  This time, you earned it!