Today, marks a big day in America’s history!  The Supreme Court has officially overturned the federal ban on gay marriage!

Citizens all over the United States are rejoicing at this new law with people cheering outside of the Supreme Court, “USA USA USA!”

President Barack Obama called this ruling a “Victory for America”.

Democratic Presidential candidate Hillary Clinton is “proud” to be living in the United States.

Clinton shared she is thrilled to celebrate a “historic victory for marriage equality.”

The Democratic Presidential hopeful tweeted a photo containing a map of the United States as one color: 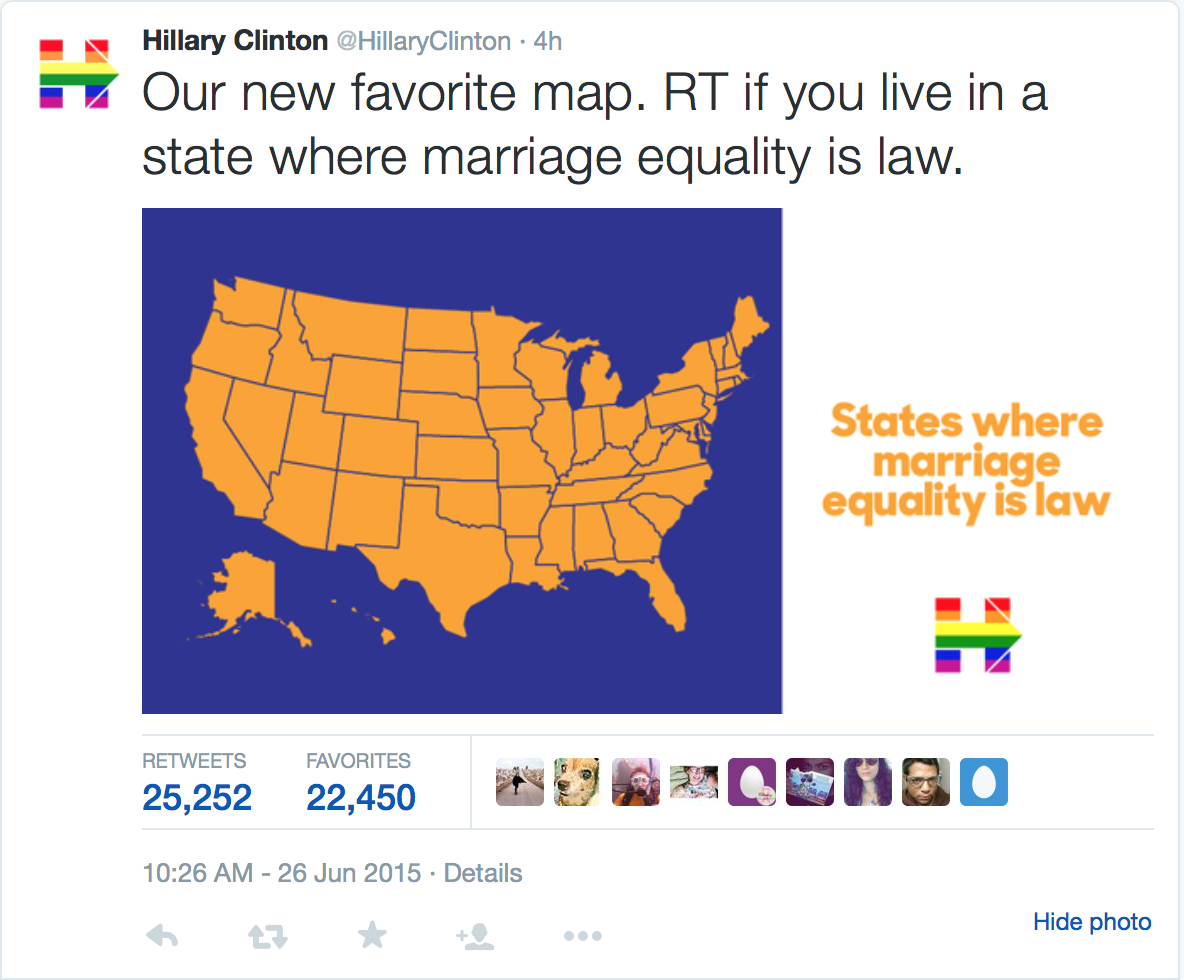 “The Supreme Court affirmed that marriage is a human right—not a state right.”

Political “Rightwing” figures have their own opinion.

Republican Presidential candidate Jeb Bush made a statement against the Supreme Court’s decision. Bush argues that this type of law is a state right.

“Guided by my faith, I believe in traditional marriage. I believe the Supreme Court should have allowed the states to make this decision.”

“I also believe that we should love our neighbor and respect others, including those making lifetime commitments.”

Donald Trump, who is already in hot water for his “racist” remarks against Mexico, made a personal attack at the Supreme Court.

Presidential candidate Mike Huckabee referred to the ruling as an “out of control act of unconstitutional, judicial tyranny.”

The former Arkansas governor also called the overturn “one of the of the court’s most disastrous decisions.”

Even though there are opposing viewpoints on the Supreme Court’s decision, we can only expect there to be a huge celebration once the Gay Pride parade begins this weekend in New York City!