Google gets ready for Gay Pride Week in NYC!

Just in time for Gay Pride Weekend!  June 26, 2015 will be a historic day in the United States forever. The Supreme Court, after a tight 5-4 decision, made a ruling officially legalizing same-sex marriage in all 50 states!

Tune in to our exclusive coverage on a MYWW, THE OVERNIGHT starring:  Taylor Schilling, Jason Schwartzman, Adam Scott, and Judith Godrèche.  Plus, MYWW captured all the action on the red carpet with DeNiro, Liotta, Bracco, Sorvino, Mazar at the premiere of the 25th Anniversary re-release of GOODFELLAS!

For anyone not in the Tri-State area, watch this Global Link on Apple TV, streaming live!  #LoveWins

Taylor Schilling celebrated the Constitution too! 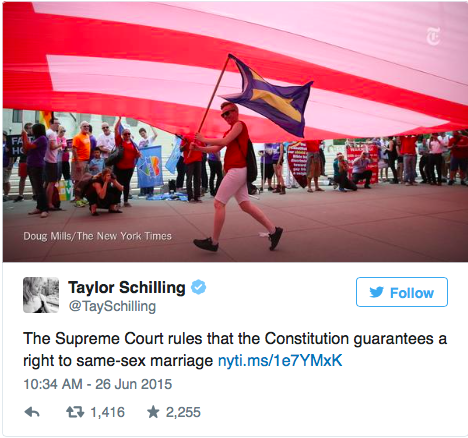 And Ricky Martin left a message in Spanish on his Twitter.  “Now in the US it won’t be same-sex marriage, it’ll be just MARRIAGE”

Comedians like Late Late Show host James Corden, Margaret Cho, and Ted and Family Guy creator Seth McFarlane found a moment to be serious to join in the pride! 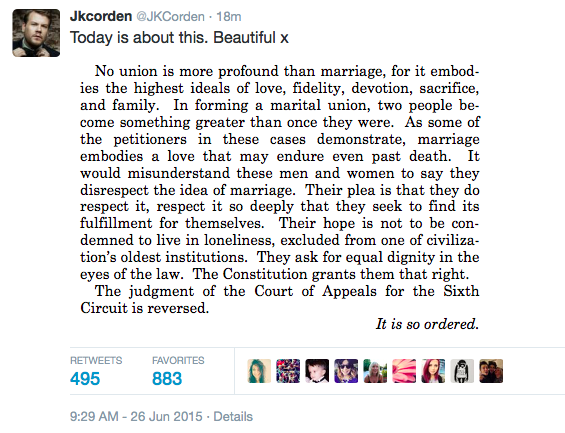 Even our friends from across the pond, J. K. Rowling and Gandalf himself, Sir Ian McKellen, were celebrating!

Sir Ian even made a celebratory video  with Sir Derek Jacobi for BuzzFeed!  Remember, they’ll be the grand marshalls of this Sunday’s Pride Parade in New York City.

Pharrell Williams was certainly happy about the decision.

Lady Gaga celebrated with, as usual, a wardrobe change. 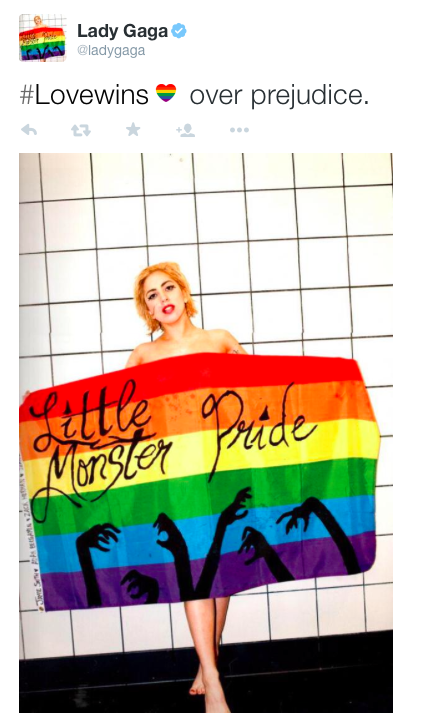 And Anna Kendrick summed it up in a few words.