BEN AFFLECK AND JENNIFER GARNER FILE FOR DIVORCE AFTER 10 YEARS BUT WILL CONTINUE TO LIVE ON THE SAME PROPERTY!

APPLE released Apple Music today, and we here at ITM bring you the rundown on what to expect from the Cupertino giant’s attempt at reclaiming the throne of the music business.

After a brief impasse with Taylor Swift involving paying musicians for their work, Apple managed to launch its music streaming service worldwide.  And guess who’s their poster-girl? 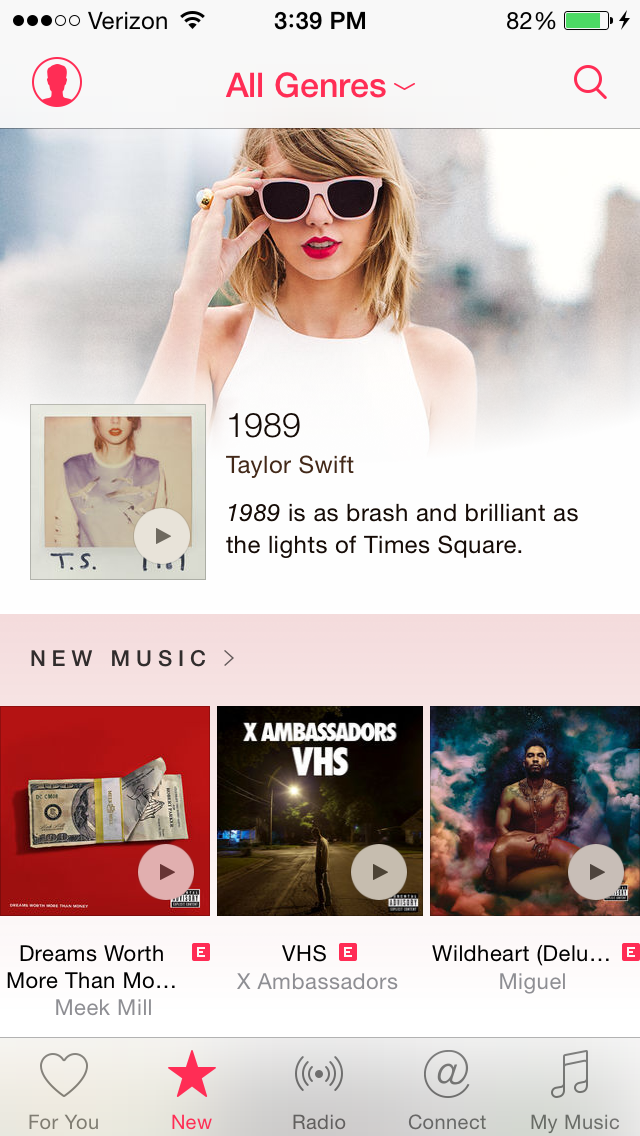 To get Apple Music, just update your iPhone or iPad to iOS 8.4, and open the music app.

Your old music will still be on your phone under the My Music tab but, now you can stream music from thousands of artists from the old iTunes store.

Just search for your favorite artist, like ITM’s favorite Sweet Cyanide, and you’ll find their page with their most popular songs and albums at the top.  Side note…Top SC track on Apple Music is “Sex, Love, Cyanide.”  You can catch a live acoustic version of the song on this INTHEMIXX episode also starring Sweet Cyanide and the lovely Mrs. Beth Stern. 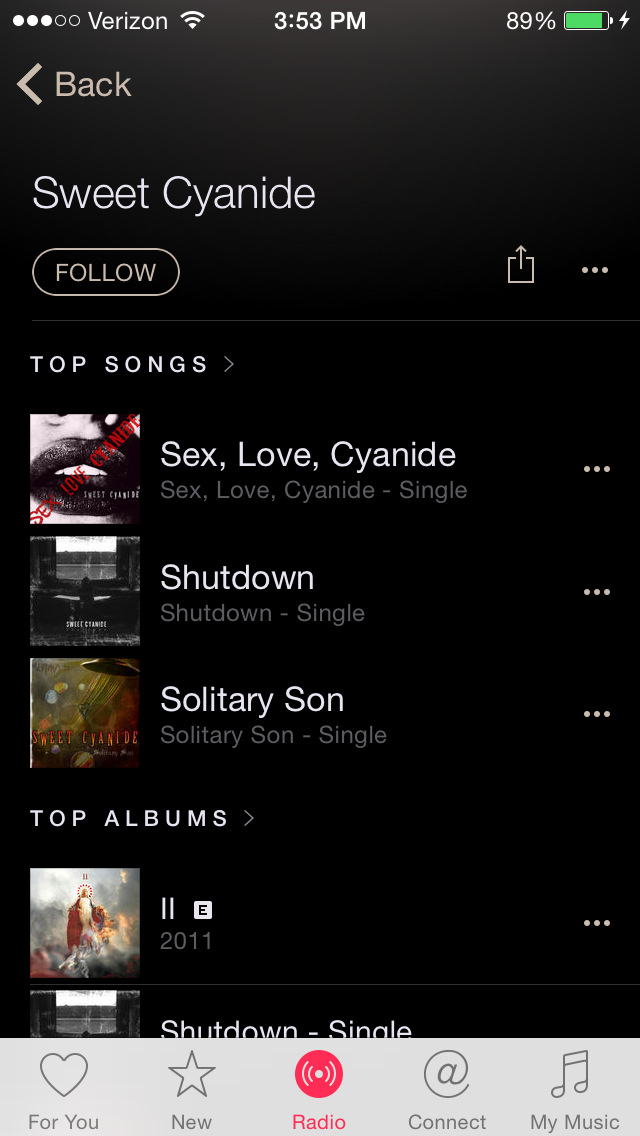 In addition to Apple’s streaming service that will compete with Spotify, Apple Music also includes what they call a “worldwide radio station” called BEATS 1.  Created in collaboration with Dr. Dre and Nine Inch Nail’s Trent Reznor, Beatz 1 will broadcast music from all over the world with celebrity DJs including BBC1’s Zane Lowe, who launched the careers of many indie artists like Arctic Monkeys into the mainstream. 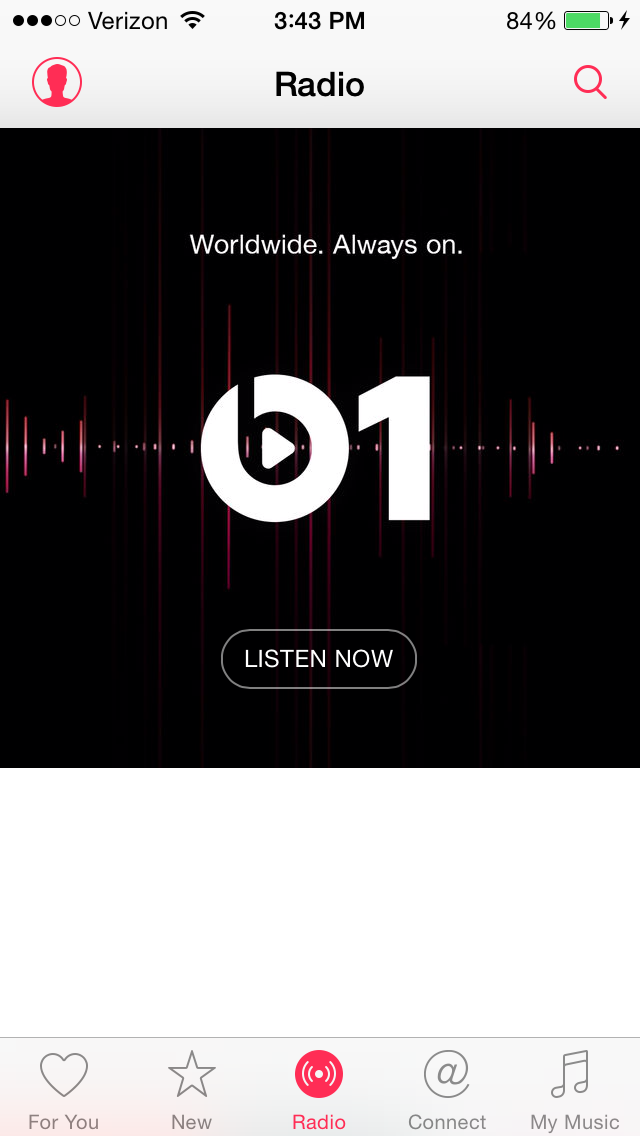 You can also create custom playlists, and play customized “radio” stations curated by Apple Music after you give them your musical taste. (At least now you’re willingly giving them your information, right NSA?) 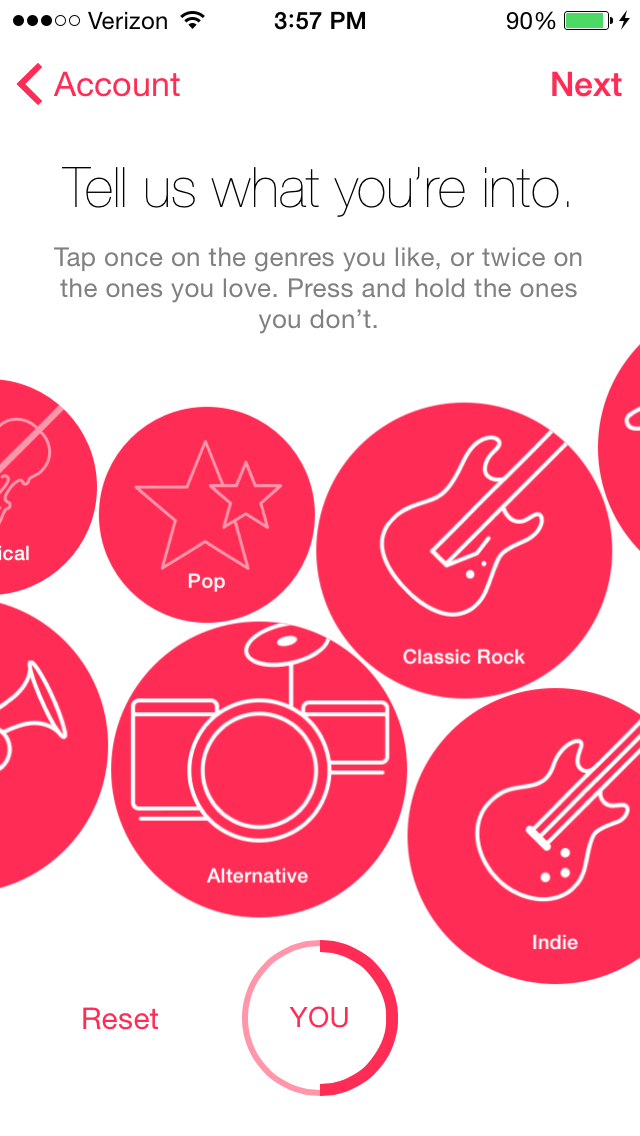 Apple Music looks as neat and appealing as any other Apple product.  Apple Music could spell trouble for Spotify.  After all, it seems like Tay Tay and Apple got over their “Bad Blood,” and now 1989 is on Apple Music and not on Spotify.