WHO ELSE YOU GONNA CALL? DAN AYKROYD TO APPEAR IN GHOSTBUSTERS

You read that right, Donald Trump has to tighten up his security after receiving a direct threat from the Mexican drug lord El Chapo.

Joaquin Guzman, also known as El Chapo, is the head of the powerful Sinaloa Cartel. He escaped from maximum security jail last week and Trump made a statement about how Guzman embodies “everything wrong with Mexico”.  He went on to tweet this series: 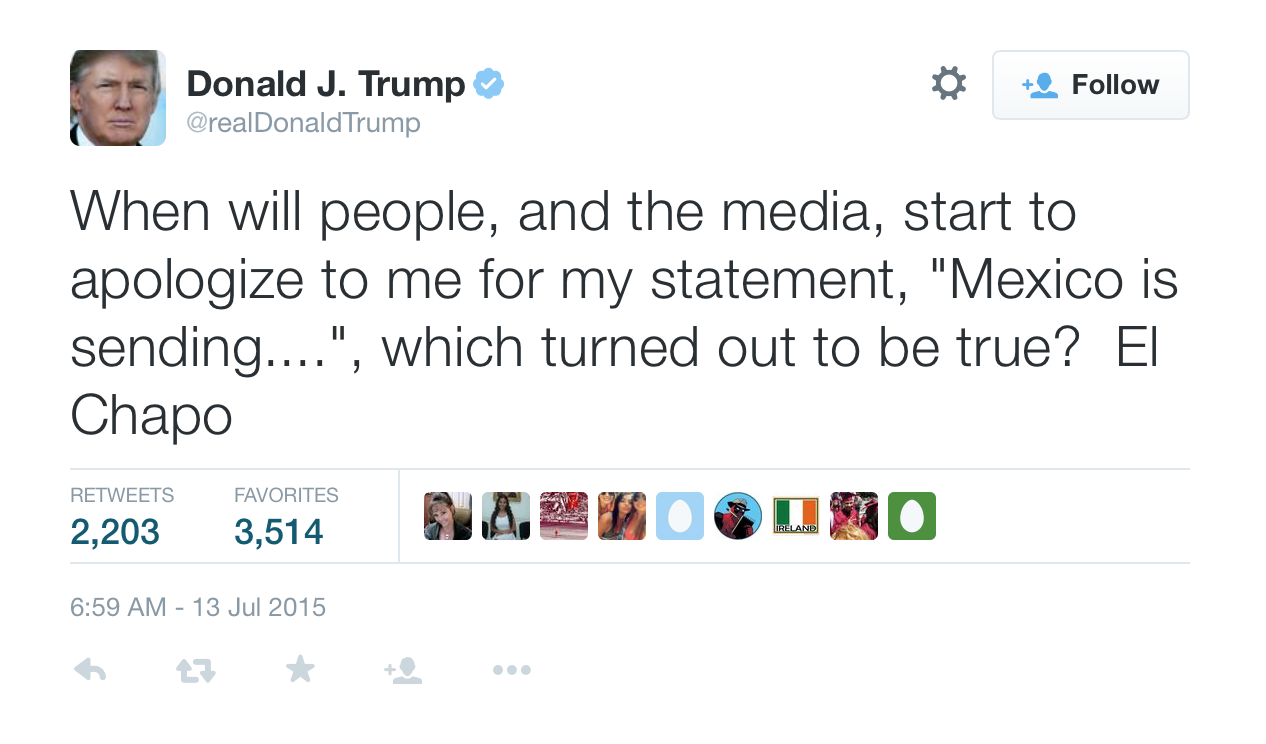 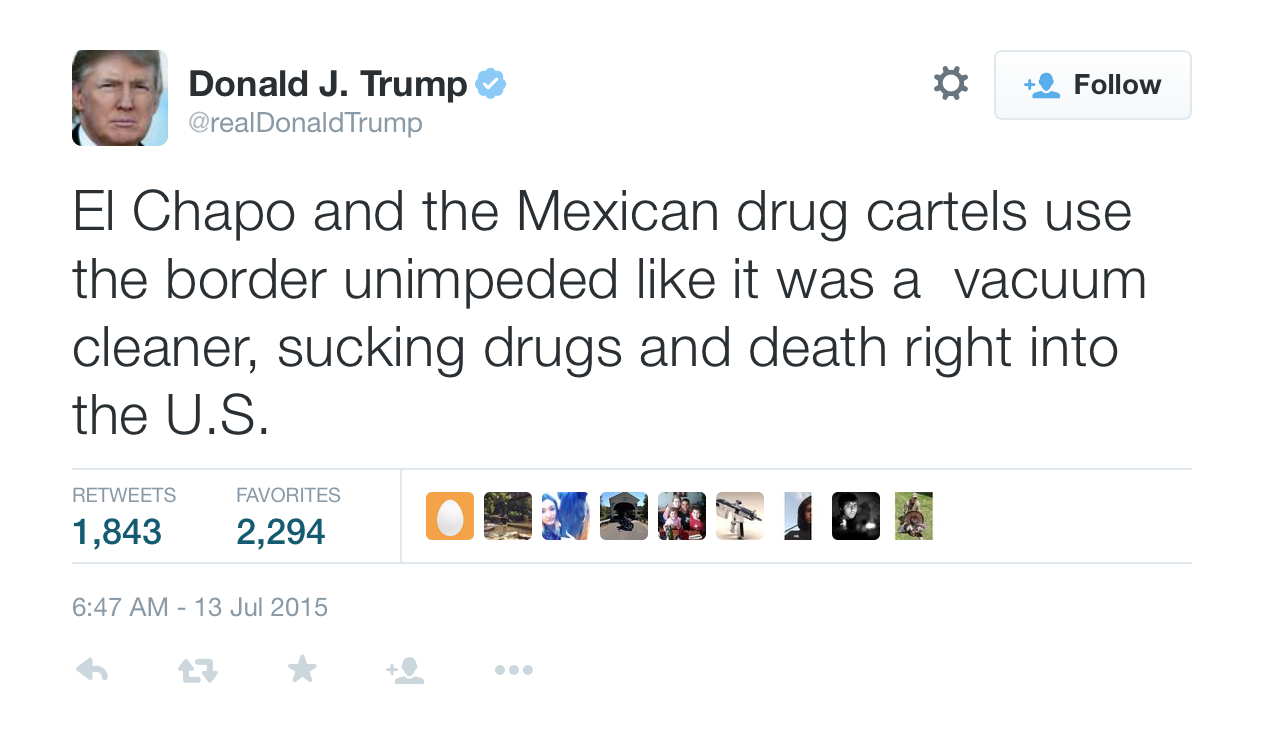 Following his escape from prison, an account claiming to be El Chapo fired at Trump through Twitter “keep fu***ng around and I’m going to make you swallow all of your fu***ng words, Goddamn blonde c**k sucker” in Spanish:

Joaquin Guzman’s tweet resulted in Trump contacting the authorities and beefing up his security. “We’ve got officials hanging out in trees,” Trump said.

The account’s authenticity has yet to be verified but Trump took the threat very seriously.