Just a few days after feared Mexican drug lord, El Chapo’s, escape from prison, Netflix released the trailer for their new original series Narcos starring Wagner Moura and Game of Thrones’ Pablo Pascal.  Narcos tells the story of the man some believe to be the most formidable drug lord ever, Pablo Escobar.  Maybe Netflix just wanted to remind us who the big narco is, but taking a closer look, it’s clear to see the stories of Pablo and El Chapo are very close parallels.

To put it in context, Colombia in 1984 was as dangerous as… well, Mexico is today.  It sounds unbelievable, but Pablo Escobar not only controlled 80% of the cocaine trade in the world, he also had the Colombian and US governments doing his bidding, having murdered four presidential candidates.  Today, although El Chapo doesn’t have that much control over the drug trade, he does have a more diverse roster of products.  Escobar dealt exclusively with cocaine, while El Chapo deals cocaine, meth, heroin, and marijuana to the US and Europe.

This leads us to the prison break.  There are theories that look increasingly true that say that the official version of El Chapo’s escape from prison isn’t exactly what happens.  In fact, Pablo Escobar’s right-hand man has even come out and said El Chapo must have had some help from the inside. Guess who escaped from a prison in 1992 with clear help from the inside? Pablo Escobar actually built a prison for the Colombian government, was incarcerated there, and then fled.

But perhaps the most important similarity between El Chapo and “El Patron” is what they both symbolize.  They are both poor men born in poor countries who started out working for criminal organizations.  They became Robin Hood figures.  Men who came out of nothing and became some of the most powerful men in the world.  Their showmanship, flair, and knack for “giving back” some of their massive wealth to the poor communities where they grew up gave them a cult following.

This following is perhaps the most dangerous thing about people like El Chapo and Pablo Escobar. While the people celebrate these drug lords’ actions, they will remain extremely powerful. This celebration comes in various forms:  t-shirts, internet memes, and sometimes even songs written and played in cantinas across Mexico that sing of El Chapo’s feats and prison breaks. Other times, this celebration comes as highly produced Hollywood shows airing worldwide on Netflix this August 28th. 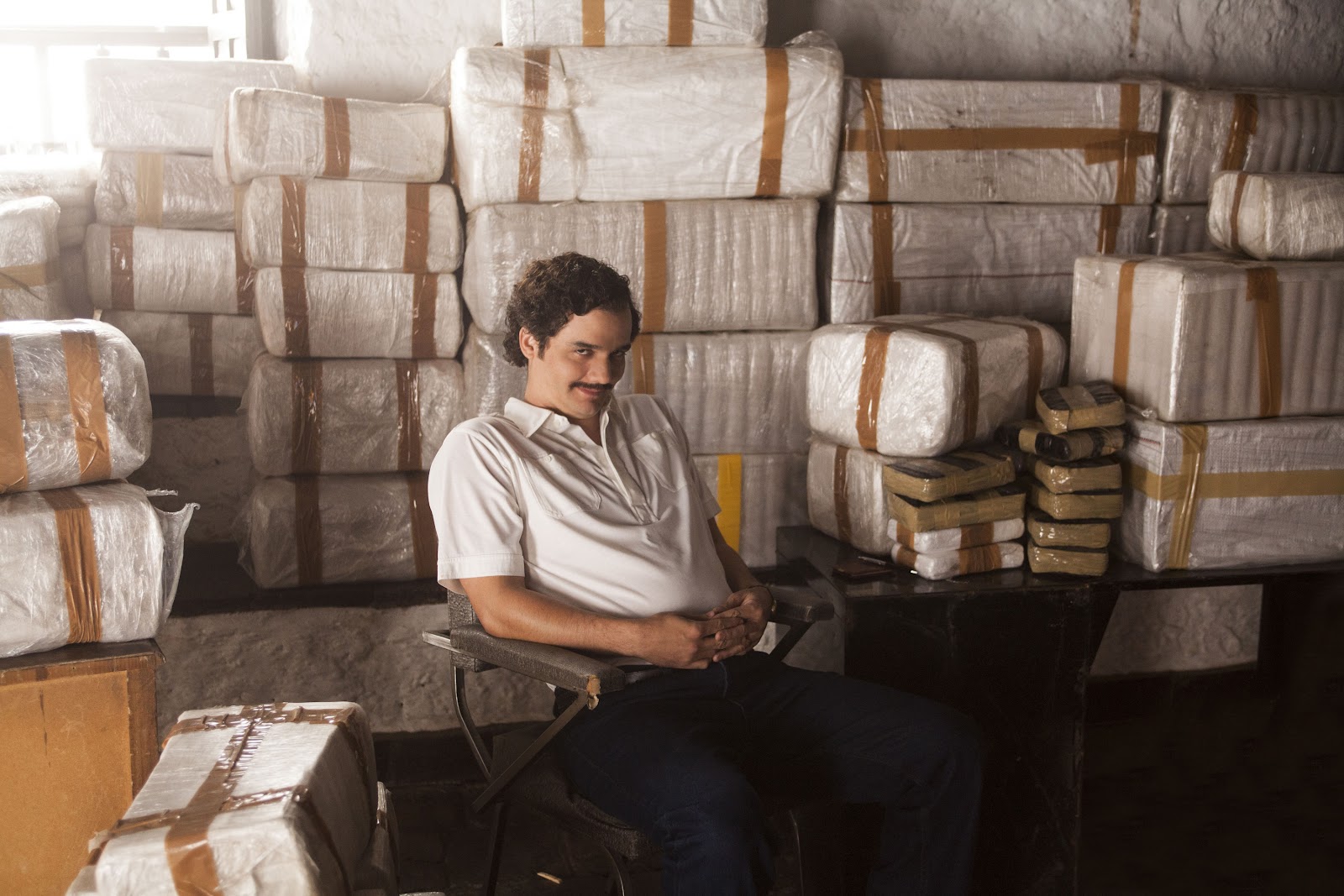